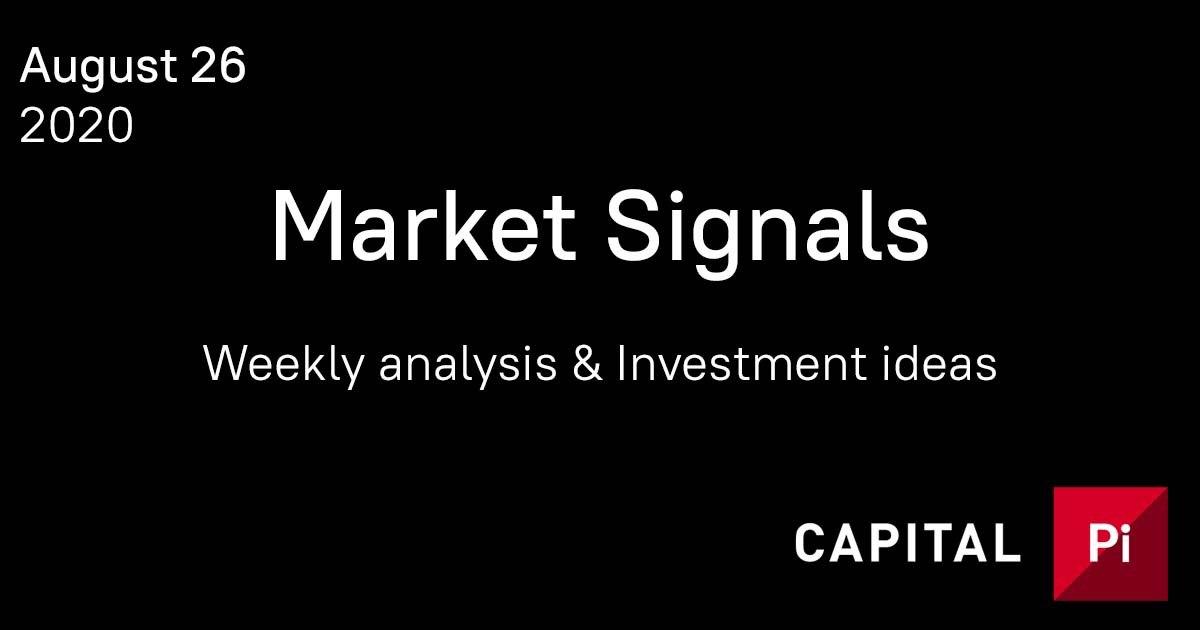 Today we will look at two debt securities as investment ideas for this week: Howmet Aerospace and Petropavlovsk Plc

The current reporting season is of particular interest in the light of the fact that companies are reporting data for the 2nd quarter - which turned out to be very turbulent due to the pandemic. For the American company Howmet Aerospace, the reporting for the second quarter of 2020 is doubly interesting, since this is the first quarter after its reorganization. April 1, 2020 aluminum manufacturer Arconic Inc. completed the division of its business into two separate companies. The Rolled Products, Aluminum Profiles and Building Systems division is renamed Arconic Corp. The rest of the operations, including the production of jet engine components, parts for the aviation and defense industries, remained with the existing company, which was renamed Howmet Aerospace.

The reorganization of the company does not allow direct comparison of the current data with the results of previous years, however, it can be noted that the market does not expect Howmet Aerospace's free cash flow to go into negative territory at the end of this year. This will be facilitated by a program to cut costs by $ 100 million, the refusal to pay dividends and a two-fold reduction in CAPEX.

In the second quarter, Howmet Aerospace's interest payments (including pension adjustments) amounted to $ 169 million, while the adjusted operating cash flow was only slightly higher at $ 200 million. However, some adjustment needs to be made for the special conditions of the 2nd quarter of 2020. when part of the company's production was actually closed due to the unfolding pandemic.

As of June 30, 2020, Howmet Aerospace reflected the cash on its balance sheet in the amount of $ 1.3 billion. In addition, the company has opened a credit line (revolver credit) in the amount of $ 1.0 billion, which could potentially cover the liquidity deficit. As for the debt repayment schedule, the first large payments ($ 1.2 billion) are expected only in 2024. Howmet Aerospace's weighted average debt maturity is 6.5 years.

However, due to the uncertainty generated by the current crisis, credit agencies differ significantly in their assessments of Howmet Aerospace's credit quality. While S&P and Fitch hold an "investment" rating for the issuer and its obligations, Moody’s agency is three steps lower (Ba3). Moreover, Moody’s even has a "negative" outlook on its rating. Note that the Big Three revised their forecasts in April for the already split company. And although the probability of default by Howmet Aerospace within the next year, according to the Bloomberg risk model, is only 1%, the probability of default within the next 5 years (6%) looks too high for a company with "investment" ratings.

The senior unsecured Eurobond of the company with maturity in February 2037 in the amount of 625 million dollars was placed in January 2007 on the world market. The largest holder of the Eurobond, according to Bloomberg, is Allianz SE (3.3%).

Classic call options are not provided for this issue, however, the makewhole call option is prescribed. Recall that this type of call allows the borrower to withdraw the issue before maturity, paying the holder a certain compensation for this, which is expressed in the form of a predetermined premium in yield to the underlying security (UST comparable in terms of maturity is used). If the issuer decided to withdraw this Eurobond on the makewhole call option now, he could do it at a price of 173% of the nominal.

There are no options for revising the coupon level (5.95% per annum). The coupon is paid twice a year: February 1 and August 1.

As you can see in the chart below, the dynamics of the Eurobond price generally corresponds to the index of US second-third tier corporate bonds (LF98TRUU). It should be noted that the normalization of the situation in the economy, and, in particular, in the American aircraft industry, can contribute to a further narrowing of the credit spread of the issue.

The minimum lot for the issue corresponds to par and amounts to USD 1,000. The Eurobond is serviced by NSD and is available only to qualified investors. Note that this issue is included in our portfolio of Rentier-Global.

On August 17, Fitch upgraded the issuer default ratings of gold mining company Petropavlovsk Plc and its senior unsecured debt fr om B- to B. The rating outlook is stable. According to Fitch analysts, the rating upgrade is due to a significant strengthening of Petropavlovsk's financial profile due to improved operating results, high gold prices, as well as a slight decrease in the company's debt burden. For our part, we note that at the end of June this year, S&P also improved its issuer rating - also from B- to B with a "stable" outlook.

The corporate conflict at Petropavlovsk Plc has so far prevented its November 2022 Eurobond even approaching its February levels, despite a rally in the gold market. As Fitch notes in its press release: "Frequent and ongoing changes in the company's shareholder structure, board of directors and management lim it the visibility of its future strategy and financial policies, and this limits the company's rating." Meanwhile, we note that now on the issue it is possible to fix the yield at a level above 6%, while, according to the Bloomberg risk model, the probability of default of the company's Eurobonds during the remaining term to maturity is less than 2%.