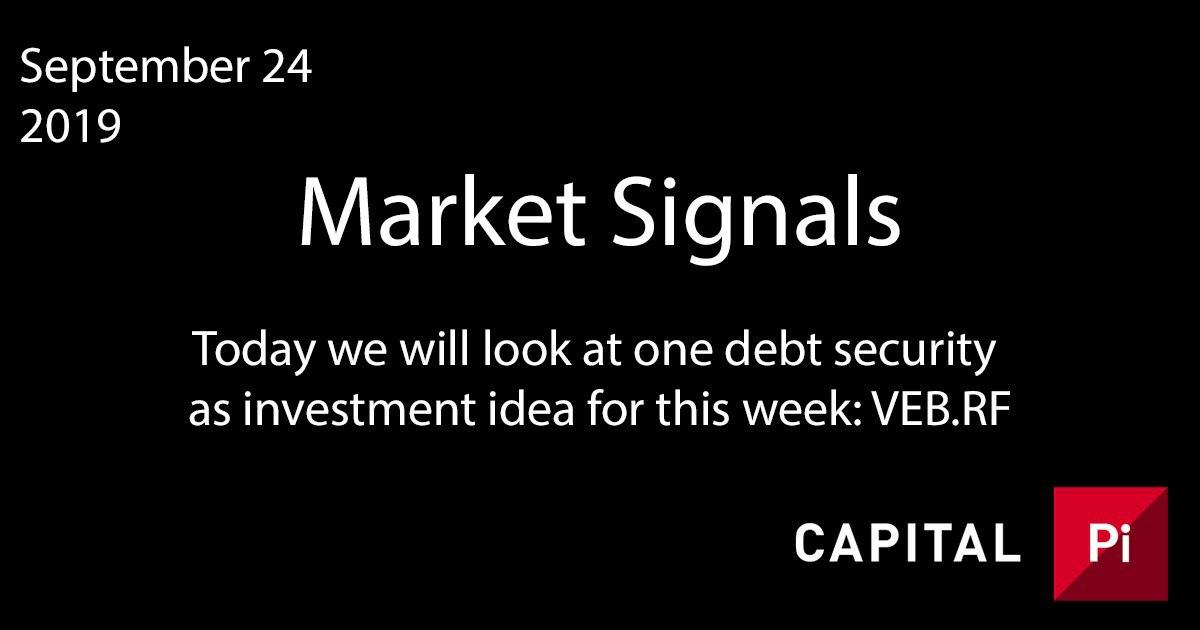 Today we will look at one debt security as investment idea for this week: VEB.RF
IDEA #1: VEB.RF

Against the background of the redemption of the sovereign issue of 750 million euros last week, we decided to pay attention to the dynamics of this segment of the Russian market. Unlike dollar securities, which have not only recovered in value in relation to their dock-like levels, but have also rewritten lows in terms of yield, the euro segment has not yet fully recovered from the consequences of the current crisis. And this despite the fact that credit spreads to underlying assets have grown for both dollar and euro securities by approximately the same amount (on average by about 70-100 bp for investment grade issues). What is the reason for such a different dynamics in the results? The fact is that, unlike European risk-free bonds, which have practically not changed in yields since the beginning of the pandemic, UST yields have corrected down quite noticeably. The decline in the yield on the underlying asset allowed the Russian dollar-denominated securities not only to compensate for the widening of credit spreads with a margin, but also to rewrite the minimum in terms of yield. But the euro securities failed to do this: their widened credit spreads caused the current drawdown of "investment" securities by an average of 4 figures compared to the levels noted on the eve of the pandemic.

However, Eurobonds denominated in euros are gradually compensating for the losses. Our favorite in the segment is the VEB.RF issue with maturity in February 2023, which is listed on the Moscow Exchange and is available to non-quotals (the minimum lot for securities is 1,000 euros). If the credit spread of the issue normalizes to its pre-pandemic levels (100 bp), its price may rise to 108% of the nominal.